Guide for Casino Etiquette when Visiting a Land-Based Casino

November 7, 2018 Posted in News, Tips by admin • No Comments
If you’ve never set foot into a casino before, there’s a good chance that you might be entirely clueless as to how you should conduct yourself in such a setting. No matter if have some experience with online gambling and thus know some of the rules of the games or if you’re a complete newbie at it all, you should have some basic understanding of casino etiquette before you set foot in one. One of the first things that you’ll notice when setting foot in a casino is how everyone already seems to know exactly what to do, and it’s not as if the security guards are handing out guides on how to conduct yourself inside.

The Dos of Playing in a Casino:

In New Zealand, you must be at least 20 years old in order to enter a casino. It makes no difference whether someone is actually gambling or if they’re just observing, because either way they will be asked for ID and to leave if they’re less than the legal age. One of the most obvious things that you’ll notice is how there are security cameras everywhere as well as guards, but this is a normal thing for casinos around the world and something that you’ll just have to get used to. It’s still best to not let your guard down and keep your money safe since there might still be people who’ll try and take your cash when you’re not looking.•Dress appropriately – The general trend in casinos is to go for semi-formal dress, and so you should dress in the appropriate manner if you don’t want to stand out too much. As such, it’s vital to plan your outfit for the occasion.

•Observe the gameplay before jumping in – It’s best to wait and watch if you’re interested in playing at a particular table rather than simply barging into the middle of a game. Not only will this keep you from coming across as rude, but observing for a bit should give you a better idea of the rules of the game and of the minimum and maximum bets at a given table. 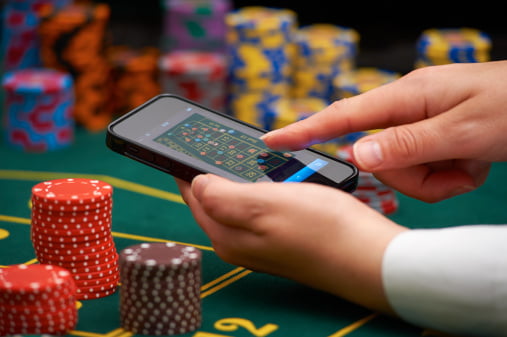 •Ask if you can join – In the interest of not coming across as being rude and arrogant, it’s best to ask before joining any given table.

•Take regular breaks – In order to keep your mind fresh, it’s a good idea to take regular breaks from any table that you’re playing at. This will also help you stay in control, rather than getting caught up in things and losing more money than you intended to.

•Give tips – It’s generally the rule in casinos (though an unwritten one) to tip the dealers, cocktail waitresses, and valets. It’s acceptable to do so with either cash or chips.

•Be polite – While this should be a given, you should remain calm and cool no matter if you win or lose a game. Don’t take out your frustration at losing a game on the other players or on the dealers, and don’t gloat obnoxiously when you win a game either. It’s also a good idea to refrain from hitting on casino staff, though you really shouldn’t have to be told not to hit on people simply doing their jobs.

The Don’ts of Playing in a Casino:

If you don’t want to be considered rude by other players or to be removed forcibly by the casino security, there are also a number of things that you absolutely should not do.•Don’t sit at a table if you’re not playing – The seats at any given game table are reserved for the people playing, so don’t sit down if you just wanted to observe or to support a friend.

•Don’t talk to the dealer – While it’s not wrong to ask a few questions to the dealer occasionally, you shouldn’t try and strike up a conversation with them or interrupt the flow of the game.

•Don’t use your phone at the table – It’s not only rude to the other players around you to use your phone, but also downright unethical to do so. Most of the time you’ll be asked to turn off your phone, so if you absolutely have to take a call then you should step outside in order to do so. Don’t take photos either, unless you actually want to get thrown out.

Going to a casino for the first time can be a little awkward and intimidating, but you shouldn’t worry about it too much if you have a basic knowledge of the rules and etiquette. Chances are that you won’t be the only new player in the room anyway, so best to just relax and enjoy yourself.