As of 2018, many software game developers are seeking inspiration for new slots. Lately, they have been sticking to stuff from popular culture such as stuff from comics, movies, or books. They also include the music scene and pop musicians who have left a huge impact.

Here are the top five most popular:

Since his passing in 2009, Michael Jackson has still remained a huge legend. As a result, WMS has dedicated a slot to him. This slot is full of iconic imagery, stage glitz, and some very unique payouts. It is a five-reel, three row slot. Symbols include MJ’s hat, gloves, sunglasses and his moon walk move. Moonwalk wilds happen on a random basis and random tunes are played. If you get a Wild or a Bonus symbol and manage to land on the middle reel, you will get a Beat It Free or Criminal Free Spin. 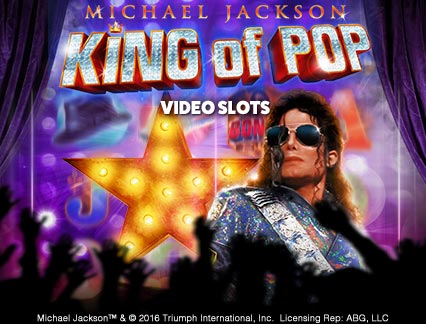 Dolly Parton is considered to be the most prominent country singer of our day. As a result, Leander Games has dedicated a slot to her. Players can pick one of Dolly’s songs for background music as they play. It is a five-real slots with about 40 paylines. It has many features including “9 to 5”, Dolly Expanded Wild, and Super Extra Wild. All features come with bonuses such as “pick me” prizes, free spins and additional spins.

KISS is one of the most iconic rock bands so far. It is a two-set reel game. Each set has five reels and 12 rows with 100 paying lines. This game also uses KISS symbols such as redhead band fan, a guitar, and a KISS badge. Gene Simmons and Paul Stanley Wilds can be heard throughout the reels. The KISS slot has a lot of chances for free spins depending on how many symbols are activated. The game also benefits from a concert-like atmosphere.

Well, it’s only natural that the King of Pop would have multiple slots dedicated to him. However, the one by Barcrest follows the life of Elvis from childhood. Songs by the King play during the whole game. It is a five-reel slot with 20 paylines. It has three Scatter symbols, such as a jukebox. It does not have any free spins, however, it does have extra cash prizes. They also have different bonuses such as the JukeBox Jive.

NetEnt has been one of the developers inclined to make pop music slots. Their Guns ‘N Roses one is extremely popular because of the excellent features and impressive graphics. The three band members are imaged with the high paying symbols. It has about five reels. One, three, and five grant a spin of the bonus wheel and a chance to win features such as Crowd Pleaser or Coin Wins. Several special features, such as the Legend Spins and Solo Multiplier are triggered at random.

Six Tips To Become An Experience Player Of Online Casinos

The Best New Pokies for July