The Best New Pokies for July

Penguin City is a new slot by Yggdrasil Gaming. The humorous story is about an evil Penguin Emperor and his minions who work in a Chinese restaurant. There are 243 ways to win with features including sticky wilds, stacked wilds, respins and a penguin escape mode.

The maximum reward is 1647x the stake for a total exceeding $200,000 and an RTP of 96.2 percent. The wilds in this game are powerful. When a wild is triggered on the 2nd or 4th reels after the player wins the penguin escape mode is triggered. The symbol for the Penguin Emperor appearing guarantees the player will win the round. 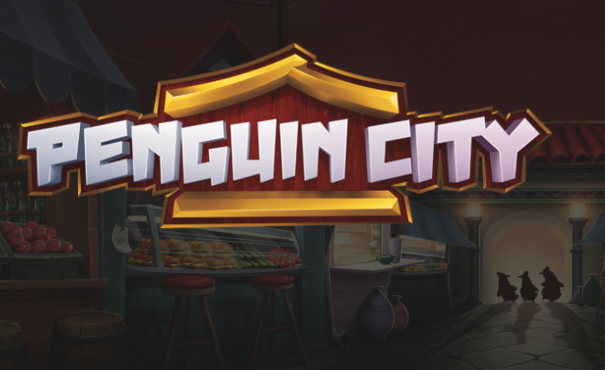 This is a slot game featuring jokers and fruit developed by Playson. The five reels offer rewards of $50,000. The Joker wilds and scatters are the big features. This is a simple game with fairly basic features. The joker expands to provide wilds and the surprise is the joker is female. The scatter does not provide any features but the cash prize is a maximum of 100x the stake. Other than the joker, there are scatters featuring the Silver Star and the regular symbols include grapes, cherries, plums, melons and cherries.

Leander Games is releasing Zombie Rush Deluxe featuring teenagers and zombies. There are 20 active lines, multiple progressive jackpots and fixed rewards with a $10,000 maximum per line. The features include free spins, bonus symbols, wild symbols, a Nuclear Zombie feature, respins and the bonus game Finding Claire. The Platinum progressive jackpot reaches six figures with the others at three or four. The bonus game involves opening doors to find Claire and win prizes. The Free Spins Zombies provide the few spins. Claire and Max are the teenage stars of the game.

Sizzling Spins is from Play´n Go and offers a modern layout, 243 ways to win, 5 reels, scatters, wilds and multipliers for exciting play. The maximum payout is $500,000 with excellent rewards coming from the free spins. The wild salmon is one of the feature symbols and is a nice replacement when positioned right. The Hot Reels can appear on the 5th, 3rd and 1st reels. When a Foil Blocker also appears it transforms into a substitute which triggers a respin. If new wilds appear the player receives additional respins. The Chilli scatters offer eight to twelve free games. The theme is BBQ foods, the grill and the summer.

King of Monkeys 2 is a Chinese themed slot machine from GameArt. The theme represents a popular legend of the country, the Monkey King and the Pig Men. There are 25 fixed lines, 5 reels, $1,000 individual wins, possible jackpots of $25,000 every round, free spins, wild symbols and scatters. Three to five Logo wilds pay up to $1,000 if they start from the left on the same line and wilds act as replacements. The Forbidden City graces the scatters and offers a fixed reward. The icons include monkey kings, humans, monks and pigs.

This is a NextGen Gaming classic release with more modern graphics. There are 5 lines, 3 reels and payouts topping at $200,000. The wild symbol is the jester and is available for winning combinations on all five lines. This symbol provides the highest rewards. When the Super Game is activated the wins are a minimum of 5x. The jester wilds can cover the entire reel, are stacked and can gain a value of 10,000x. The background features, palm trees, hotels and a pool. The three Super Game reels are at the top, three reels are at the bottom and the info and paytable buttons are on the side.

The Most Prominent Luck Symbols for Players

Slot Games: An experience worth remembering!