Casino Reviews » News » The Most Prominent Luck Symbols for Players

The Most Prominent Luck Symbols for Players

The Luck Of The Creatures

Many cultures have a firm belief in luck, specifically charms or items of significant meaning such as ‘lucky animals’. From Alligator teeth to Lucky bugs, the belief systems are very real to those cultures. Online casino gambling has attracted many people from diverse places to try their luck and win real cash.

Luck Of The Swine

In German culture, the pig is revered as the good luck symbol going all the way back to the middle ages. Farmers had a difficult time sustaining their families during the cold months, and because necessity is the mother of invention, the farmers did what they could to provide food. If a farmer was fortunate enough to have a pig to slaughter for meat they were considered “lucky”, which begat the term “Ich habe Schwein gehabt” that translates “I had pig”. That became a term that was commonly used to express luck. Still today, the pig is a considered a symbol of good luck.

There is something mystical and mysterious about Egyptian history, isn’t there? The elaborate jewelry and ancient carvings told captivating stories of mythology as well as history. Part of the carvings told stories of the Scarab beetle, in addition to beautiful jewelry replicated after this creature. The source of the reverence is rooted in mythology. The Ancient Egyptian God Ra, or God of the Sun, was believed to revitalize the sun each morning after taking the form of a beetle. Similar to the Scarab Beetle, rolling a ball of excrement across the sand for reproduction. The significance in the two symbolize production of life. The Egyptian culture has deep roots in the Scarab Beetle and artfully replicates the insect in jewelry and trinkets to give the bearer luck.

In Sweden, lucky symbols manifest as the Dala Horse. Authentic Dala Horses are constructed from Pinewood, carved and artfully painted. Originating in a region that is notorious for beautiful scenery, the region is also rich in calcium which was found to create a successful breeding ground for horses. Horse racing became prominent and soon craftsmen were carving these small Dala Horses as toys for children. This became a traditional symbol of the region, and soon represented good luck and fortune as well as strength and wisdom.

Luck Of A Regal Elephant

Many are familiar with the commonly seen Elephant of India. This symbol of good fortune and strength comes from the Hindu religion, and represents the God Ganesha. This is the most common and revered God in the Hindu religion and statues are commonly placed around the home to usher in fortune, wisdom, fertility, and power. The association between the regal elephant and those attributes have stemmed from the origin of the God Ganesha himself and how he was formed with the head of an elephant and the body of man.

The Ladybug has impressed upon many cultures across Europe, and is called many different terms expressing the general consensus that the brightly colored red beetle was sent from Mary during the middle ages. A plague of sorts produced Aphids that spread across European countries, completely devastating farmers that were at risk of losing their entire harvest. At that time there were no insecticides or exterminators, farmers simply cultivated and crossed their fingers. Due to the influx of these aphids, the farmers prayed to Mary (Catholicism, Mother Of Jesus) to save their farms. Shortly thereafter, large colonies of Ladybugs swarmed the farmland and collectively eradicated the aphid infestation. This was met with celebration and thanks to Mary, and is now a broad symbol of luck across many European religions. The “Lucky Ladybug” has many names in reference to a direct relation to God and the Virgin Mary. 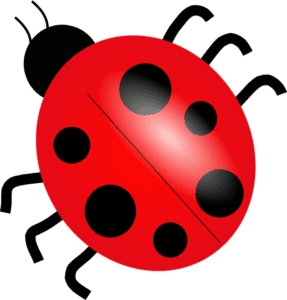 A Common Theme Of Prosperity

Most cultures have some form of lucky charm, and a large number reflect animals and insects. Alligator teeth, for example is rooted in controversial voodoo religion, brought to American culture by African Slaves. The teeth are considered particularly lucky in gambling by Americans, and are worn or carried to promote good fortune.
In Chinese Culture the Dragon is the preferred symbol of luck, as manifested in parades and many classic Chinese art or statues. The source of the lucky dragon dates to the Neolithic era which is merely the first recordeddepiction. The dragon is the most revered in Chinese culture, above all other symbols. Even many Westerners believe in the mysticism of Chinese belief systems, such as the Chinese Zodiac and Feng Shui.

Virtual Reality and the Fight to Break Gambling Addictions